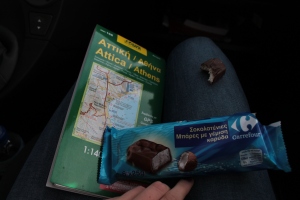 To rent a car in Athens is not difficult. The big Leof. Andrea Siggrou avenue branches off from the center and there are more car rentals than pigeons. For be sure – especially if you have to do a lot of km – it’s maybe advisable an international circuit (as we did). For short journeys maybe you save some euros with the small indipendent car rentals which, usually, don’t give the unlimited mileage and ask a lot of money if you drive more than 100km. Once on board of a very Italian Panda (because not homesick during the journey is fundamental), what you need are: a street map of the region and some snacks. You need a bookshop for the first one and a supermarket for the second ones! 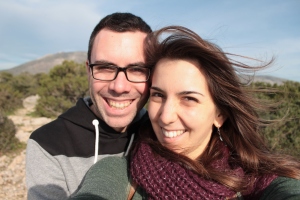 Cape Sounion, the extreme tip of Attica is our target for this first tour of continental Greece. The first nice discovery of this little ancient region is the fantastic State Road which runs along the whole coast: around 70km from Athens to the extreme tip where we are headed. During the summer this area is a chaos. But if, as us, you choose a little tourist month as january is, the pleasure to drive under the sun and the fresh air, with the sea extending under breathtaking cliffs, is unparalleled.

Little tabernacles, call to the Christian Orthodox religion of this Country, overlook the route. Traveling southwards in the afternoon, from this side we have the sun on the sea, which gives a magic colour to the little ilands and to the far coast of Peloponnese. Have a break in one of the coast villages is worth. In Vari a fruiterer on the beach can be a good stop. An alternative can be one of the lot of little coves which alternate the rocks on which the waves dash, for a short but romantic walk on the desert beach. Halfway the monument for the 4000 Italians who died in the sinking of the steamship Oria – which was bringing them to the nazi camps – makes you think on the bond between our two peoples.

The temple of Poseidon is visible from several kilometers on the promontory. These ancient columns – of which 16 still stand up after more than 2500 years – makes us smile with joy indicating the destination, as they was used to make smile and exult the sailors who, after days of difficult journey, seeing the white light of this marble, knew to be next to home. 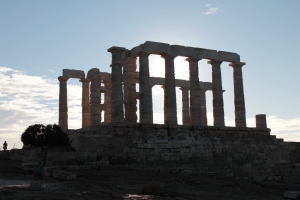 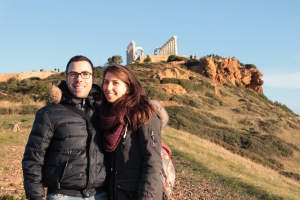 If you are a student you can enter for free. In theory you have to show the University booklet, but we manage… she enter with the pairing of canteen-card and library-card, and me with the card of cinema on which “student card” appears. A little bit of similarity between Greece and Italy, at bottom, there is.

The sensation you feel on the top of this cliff which opens the doors to the blue Aegean sea is indescribable. Catapulted 3 millennia back, just close your eyes to feel the slamming of oars on the water and the voices of soldiers who, from the bridges of triremes, thank the God of the sea for protecting them during the crossing.

The travel continues on the opposite coast, while the sun makes the passing clouds blush. It seems that Greeks don’t like street signals: indications are few and unclear. To get lost is simple even with the map and on this side the main road doesn’t follow the coast, so we haven’t even the seat as reference.

Going up in direction of Marathon we reach Nea Makri, a little town that on summer must be quiet turistic. From a bar comes Costantino, a distinguished man, in suits, who with a coffee cup in the hand decides to give us information. He improvises a funny Italian explaining the streets for souvlaki, fish, meat, kebabs… all we want to eat is available, just having “lamare” (the-she-sea) – as he calls the dark Aegean sea – as point of reference. A greek salad and a huge dish of little fried fishes are the worthy prize for the reaching of this distination. The return to Athens by night is without thinking, just by now masters in recognising the few signals in Greek, and with the joy in the heart. 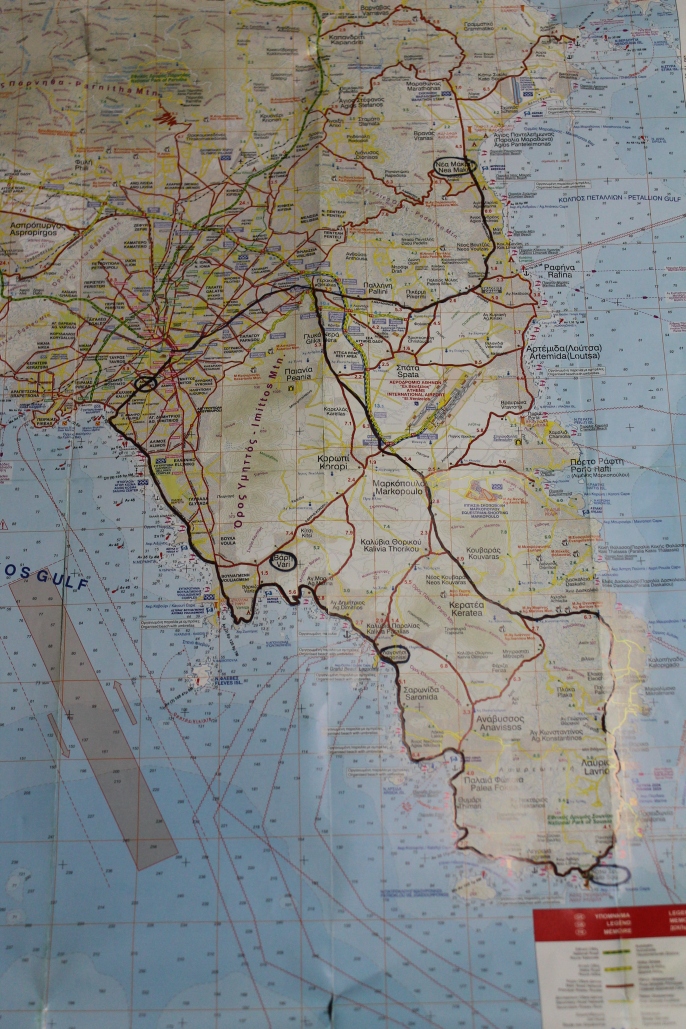